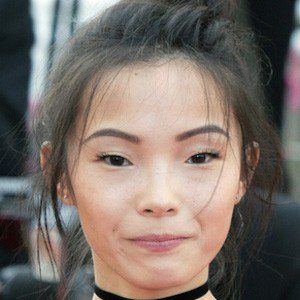 Chinese fashion model who became the face of L'Oréal Paris in 2016 after being named the face of Marc Jacobs, the first model of Chinese descent to earn the distinction.

She signed with IMG Models in 2010 to begin her modeling career. She would grace the cover of Harper's Bazaar China in May of 2010.

Models.com ranked her among their Top 50 female models in July of 2012. At the 2012 Tibi Fall/Winter show, she mistakenly walked the runway in the wrong direction.

She was born in Xi'an in the Shaanxi province of China. She is a mother.

She and Ming Xi were selected to be a part of Lane Crawford's 2011 fall/winter campaign.

Xiao Wen Ju Is A Member Of