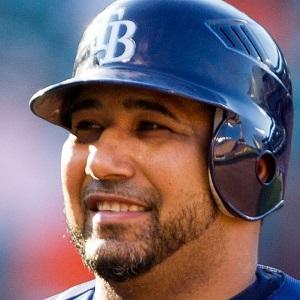 Veteran catcher who won World Series titles with the Anaheim Angels and the New York Yankees.

He made his MLB debut for the Chicago Cubs in 1999, 6 years after he graduated from Puerto Rico's Maestro Ladi High School.

He won a silver medal with Puerto Rico's national team at the 2013 World Baseball Classic.

He married Yalicia Molina in 2005.

José Molina Is A Member Of