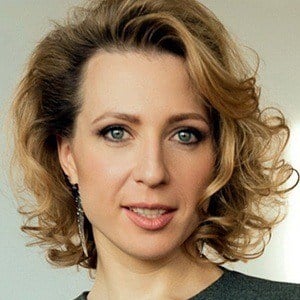 TV show host who presented seven seasons of Star Factory show on Channel One. She has more than 230,000 followers on her yana_chu Instagram account.

One of her first hosting gigs was for MTV Russia.

She hosted the Eurovision Song Contest for many years, except in 2009 when she was pregnant.

Her parents are Elena and Alex Churikova. She married Denis Lazarev in 2011 and together they have a child named Taisia.

She and Carson Daly have both hosted on MTV.

Yana Churikova Is A Member Of