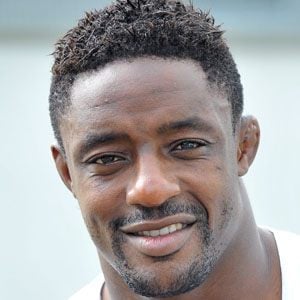 Professional rugby player who was part of the 2006 French team at the 2006 Six Nations Championship.

He joined his first senior club, AS Beziers, in 1998 and played in France's 2004 tour of North America, where he received his first cap for France.

He is featured on the cover of the EA Sports game, Rugby 08.

His family is from Kinshasa, Zaire, where he grew up.

He was on the cover of the EA Sports game, Rugby 08 with fellow rugby player, Richie McCaw.

Yannick Nyanga Is A Member Of