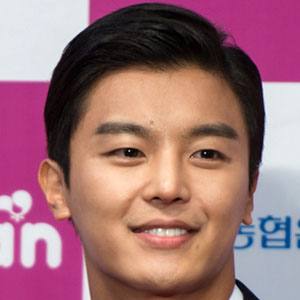 South Korean actor who won a KBS Drama Award for his portrayal of Han Jae-kwang in the television movie Just An Ordinary Love Story. He later earned an MBC Drama Award nomination for his performance in the series Arang and the Magistrate.

Before beginning his acting career, he studied engineering at Sejong University and worked as a fashion model.

In his first film, Just Friends?, he is credited as Seo Ji-hoo.

He and Song Seung-heon were both in the cast of the 2013 MBC series When a Man Falls in Love.

Yeon Woo-Jin Is A Member Of