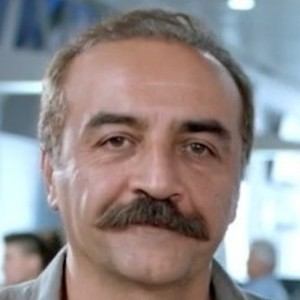 Turkish film maker and actor who is well known for his 2001 semi-autobiographical comedy Vizontele, and his comedy series A Bunch of Theatre which ran from 1995 to 2007. He has written and directed in over a dozen films, and acted in over three dozen, including director Burak Aksak's Telling Tales.

He studied civil engineering at Istanbul Technical University, but dropped out in 1987 to join the On Duty Theatre Staff. He then became the chief screenwriter of Olacak O Kadar, a long running television sketch show.

In 1994 he founded the Beşiktaş Cultural Center with his business partner Necati Akpınar.

He was married to Sanem Oktar from 1993 to 1998, and they had a daughter, Berfin Erdoğan, in 1996. In 2006 he married actress Belcim Bilgin. Together they have a son, Rodin Nazım Erdoğan, born in 2009. He has two brothers, Mustafa Erdoğan and Deniz Erdoğan.

In 2014 he won Best Supporting Actor from The Australian Academy of Cinema and Television Arts, for his role as Major Hasan in Russell Crowe's film The Water Diviner.

Yilmaz Erdogan Is A Member Of