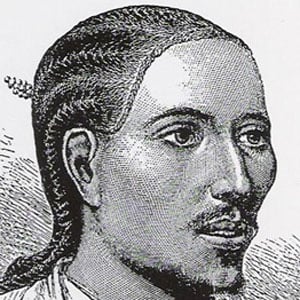 Ethiopian royalty who served as the Emperor of Ethiopia from 1871 until his death in 1889. He is remembered for his long and bloody squabbles with Ottoman Egypt and Sudan.

He was born in the Tigray province of Ethiopia.

His full official title was His Imperial Majesty John IV, Conquering Lion of the Tribe of Judah, King of Zion, King of Kings of Ethiopia and Elect of God.

He and explorer Wilfred Thesiger both lived in Ethopia back when it was still named Abyssinia.

Yohannes IV Is A Member Of