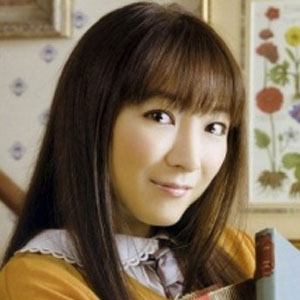 Known by the nickname of "Hocchan," this Japanese voice actress became known for her work in such anime series as Love Hina and Fruits Basket and in such video games as Skylanders and Pokemon. Also a J-pop singer, she was one of the founders of the Aice5 girl group.

She began her voice acting career by working on a 1997 video game called Voice Fantasia.

She was a 2010 recipient of the prestigious Seiyu Award for voice acting.

She was born in the Katsushika ward of Tokyo, Japan.

She and American voice actor Liam O'Brien, born in the same year, both had successful careers in Japanese anime series.

Yui Horie Is A Member Of