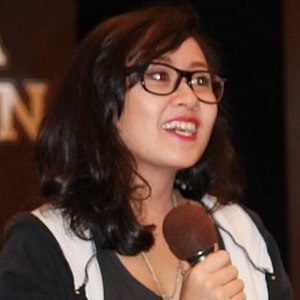 Voice actress who is best known for dubbing anime into English for Bang Zoom! Entertainment. She signed on to voice Sailor Saturn in the show Sailor Moon in 2017.

She voiced the main character, Madoka Kaname, in Puella Magi Madoka Magica from 2012 to 2015.

She has two dogs named Cid and Lulu.

She and her close friend with Cristina Vee have both done voice work for Sailor Moon.