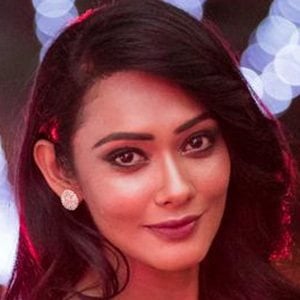 Television and commercial actress who has been cast on shows such as Kindurangana, Sanda Sakki, and Pingaladanauwwa. She has also been featured in commercial advertisements for Coca-Cola and Nestlé.

In 2006, she won the Models of the New Generation presented by Derana TV.

She was born in Sri Lanka.

She and fellow actress Vasanthi Chathurani were both born in Sri Lanka.