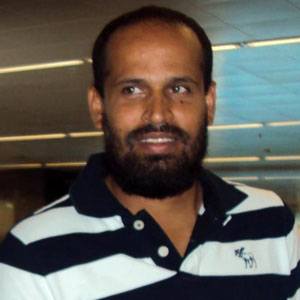 Won the Cricket World Cup with India in 2011, considered one of the most powerful batsman in IPL, and played for the Rajasthan Royals from 2008 to 2010.

He made the Indian squad for the Twenty20 World Championship following an impressive performance at the Twenty20 competition in April 2007.

He was bought for the enormous price of $2.1 million by the Kolkata Knight Riders in an IPL auction in 2011.

He married a physiotherapist named Afreen in March 2013.

He and Andrew Symonds have been considered two of the cleanest hitters of the ball in IPL.

Yusuf Pathan Is A Member Of