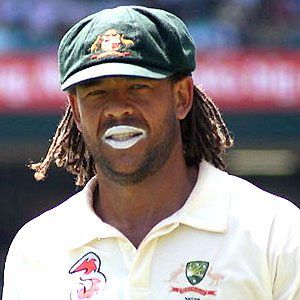 Australian cricket all-rounder who played with Queensland and the Australian national team. In 2022, his car left the road one night and he was killed. The loss was mourned in the cricket community.

He initially considered playing cricket in England, but then decided to go with Australia.

Known for his hitting and exceptional reflexes, he was among the league leaders in run-outs recorded and success rate. The last team he played on was the Mumbai Indians.

He was married to Brooke Symonds for one year.

He and Ricky Ponting were two of Australian cricket's biggest stars of the 1990s and 2000s.

Andrew Symonds Is A Member Of