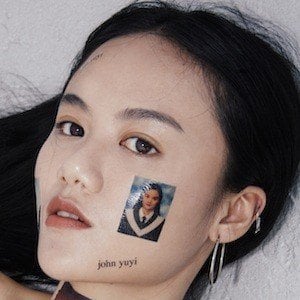 New York-based artist also known as John Yuyi whose digital artwork comments on modern youth culture. She has showcased series of artwork on social media that she would call Face Post and Skin on Skin, the former literally being painting Facebook posts on one's face.

She used to paint and sketch in traditional Chinese style growing up in her hometown. She earned a degree in fashion design from Shih Chien University.

She created her own swimwear line of one piece suits. She did some style assisting for Vogue magazine.

She grew up in Taipei, Taiwan.

Upon moving to New York, she landed an internship with Jason Wu.

John Yuyi Is A Member Of