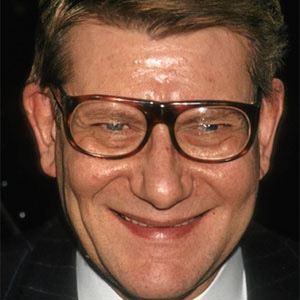 Former French, luxury fashion designer and icon who has often been regarded as one of the most influential designers in world history.

He studied at the Chambre Syndicale de la Couture in Paris before landing his first design job with Christian Dior.

He was one of the first designers to use ethnic runway models in his shows.

He was romantically linked to Pierre Berge, whom he founded Yves Saint Laurent YSL with. They later split in 1976.

In 2015, his haute couture collection was revived by creative director Hedi Slimane.

Yves Saint Laurent Is A Member Of