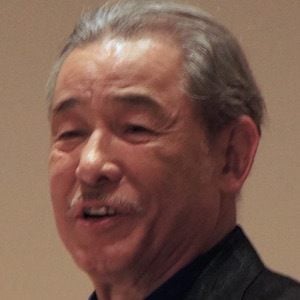 Japanese fashion designer known for his forward-thinking design and manufacturing techniques. He is the recipient of prestigious awards like the Kyoto Prize and is the founder of Japan's first design museum, 21 21 Design Sight. His fragrance L'eau d'Issey became a very popular product.

He was born in Hiroshima, Japan and survived the atomic bomb attacks on the city as a child. He later lived in Paris and New York City before returning to Japan to found his own studio, the Miyake Design Studio.

He designed the black turtleneck which became a key part of Apple co-founder Steve Jobs' signature look. In 1992, he was quoted for his statement: "Design is not for philosophy-it's for life."

His mother died from radiation exposure three years after the attacks on Hiroshima.

He and Kansai Yamamoto are two of Japan's most famous fashion designers.

Issey Miyake Is A Member Of