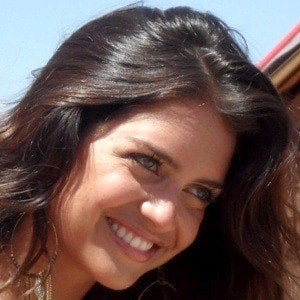 Argentine model and TV host who became known for her appearances for global brands such as McDonald's, Gillette and Pantene. She has also graced the cover of Argentine editions of Cosmopolitan and Women's Health. She has gained an impressive following on social media with over 4.8 million Instagram followers and growing.

She grew up as a child model and originally signed with Dotto Models.

She landed at number 47 for FHM magazine's World's Sexiest Women in 2010.

Her sister is Wanda Nara. She dated tennis star Juan Monaco from 2011 to 2014, then began a relationship with Jakob Von Plessen in 2015.

She and soccer player Diego Forlan were briefly engaged in March 2011.

Zaira Nara Is A Member Of