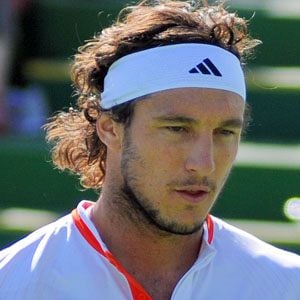 Argentinian player who made his pro circuit debut in 2002; by 2013, he had achieved seven ATP career singles titles and two ATP career doubles titles.

He began playing tennis at the age of six.

His father, Hector, made his living as a businessman, while his mother, Cristina, worked as an architect.

He made it to the 2007 Mercedes Cup in Stuttgart quarterfinals; however, he lost to Rafael Nadal.

Juan Mónaco Is A Member Of