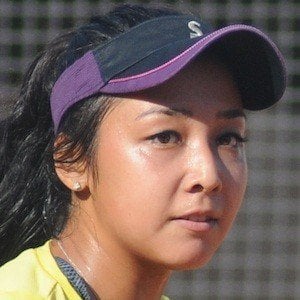 Kazakhstani tennis player whose biggest wins as a singles player include a 2013 tournament in Makinohara, Japan and the 2014 Blossom Cup. She broke into the top fifty in the world rankings in 2014.

She lived in the Czech Republic from age five to twelve. She played in her first professional event at Bratislava in 2007.

In 2014, she was the only member of the Kazakhstani Fed Cup team to have actually been born in Kazakhstan.

Her mother is Aida Aulbekova. She has a sister named Alisa.

She bested Belinda Bencic in Makinohara in 2013.

Zarina Diyas Is A Member Of