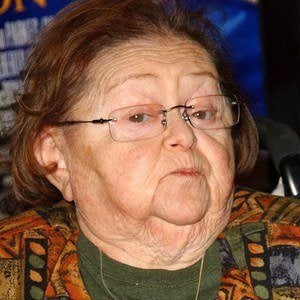 Empowering actresses who appeared in Picket Fences, where she played Ginny. In 1996, she appeared in the television show Poltergeist: The Legacy.

Her childhood was rough due to her vertical challenges, as she was 4 feet and 3 inches tall.

She was an avid supporter in spreading awareness on safer sex and AIDS awareness.

She has a daughter named Naan Lutz.

She was in the 1984 film Sixteen Candles, starring Molly Ringwald.

Zelda Rubinstein Is A Member Of