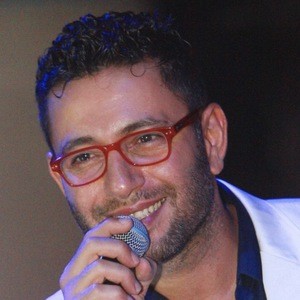 Lebanese singer and songwriter known for his hit singles "Mosh Nawi Ala Kher" and "Khayen" released in 2015. The award-winning singer has also become incredibly popular on social media with more than 1.7 million Instagram followers.

He released one of his earliest singles "Wallah" in 2013.

In 2012, he earned the title of Best Singer and Best Composer at the Murex D'or Awards.

He and his wife welcome a daughter named Nour in October of 2015.

In March 2016, he posted a photo to Instagram with fellow Lebanese star Walid Toufic at a red carpet event.

Ziad Bourji Is A Member Of