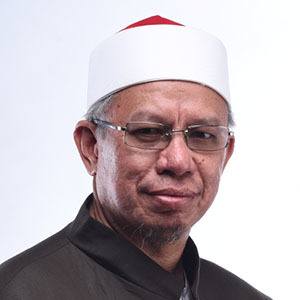 Malaysian politician, academic and advisor who became the Mufti of the Federal Territories of Malaysia in 2014. His work has been published in newspapers like the Daily Herald, the Daily News, Astro Awani and Utusan Malaysia.

He received his Syariah bachelor degree from the Islamic University of Madinah in 1993.

He has won multiple awards, including the Islamic Writers' Award in 2010 and The Crown Mahkota Wilayah Award in 2015.

On December 20, 2018, he shared photos to Instagram of him and Hannah Yeoh working in collaboration together.

Zulkifli Al-Bakri Is A Member Of