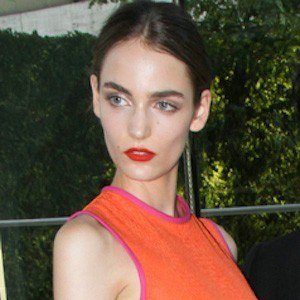 Internationally renowned supermodel who first rose to fame as the face of Miuccia Prada's 2011 collection. She has since gone on to model from Valentino, Dolce & Gabbana, and Alexander McQueen, amongst a slew of others.

She earned her big break in 2007 winning the modeling contest Bravo Girl.

She has appeared in editorial campaigns for several popular magazines from Elle to Harper's Bazaar.

Her elder sister Julia is also a model.

In a 2014 issue of Magazine Antidote, she modeled in the Romance Issue editorial campaign alongside Anja Rubik.

Zuzanna Bijoch Is A Member Of