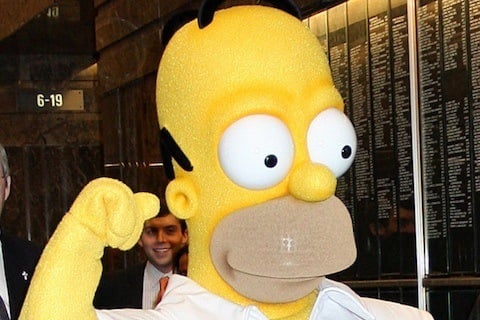 Main protagonist of the sitcom The Simpsons who first appeared on television in "Good Night," the first of forty-eight Simpsons shorts to air on The Tracey Ullman Show. He is the husband of Marge Simpson and a father to their children Bart, Lisa and Maggie. He works at the Springfield Nuclear Power Plant as safety inspector and is well known for the catchphrase "D'oh!"

Homer and his family were awarded a star on the Hollywood Walk of Fame in 2000. The Sunday Times called him "The greatest comic creation of [modern] time." In 2010, Entertainment Weekly said he was the greatest character "of the last 20 years." Dan Castellaneta won four Primetime Emmy Awards for Outstanding Voice-Over Performance.