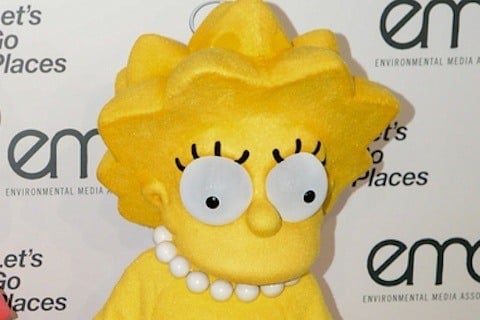 Most intelligent Simpson family member and middle child between the younger Maggie and older Bart, all of whom were born to parents Marge and Homer Simpson. She has a strong liberal political stance and is a vegetarian, environmentalist, feminist, Buddhist and baritone saxophone player. She and the rest of her family first appeared on television in "Good Night," the first of forty-eight Simpsons shorts to air on The Tracey Ullman Show.

Yeardley Smith voices the character. She originally auditioned for the role of Bart Simpson while Nancy Cartwright, the voice of Bart, originally tried out for Lisa. The characters's stance on environmentalism has been well received and earned several episodes Genesis and Environmental Media Awards. Smith won an Emmy in 1992 for her voice work.