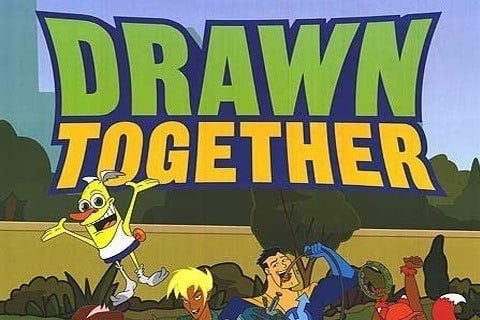 Considered to be the first animated reality show where typical "reality" casting is put in place and conflict ensues. Character types are based on well known animated character types and tropes.

The Drawn Together Movie: The Movie! was released in April 2010 in response to cancellation. The show lasted 36 episodes in three seasons.