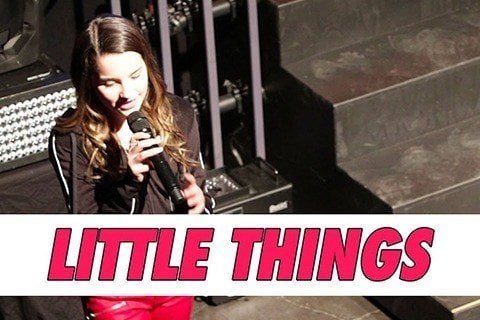 The first single released from Jules LeBlanc in 2018. The song was released as part of the soundtrack for the series Chicken Girls, seasons 1-3. LeBlanc performed the song in such cities as Dallas, Salt Lake City and Anaheim in 2018.

Jules announced the release of the song on Instagram on February 11, 2018, posting "3 dayyyyys until #littlethings drops."