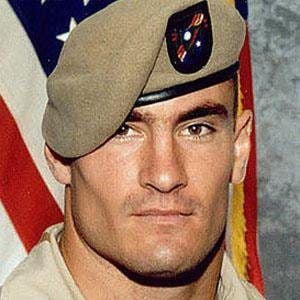 Former NFL player for the Arizona Cardinals who quit football to join the U.S. Army and was tragically killed by friendly fire in Afghanistan.

He went to Arizona State on a football scholarship and performed better then expected.

His death was the subject of much controversy while members of the government and the army attempted to skew the details of his death in order to paint him as more of a heroic poster-boy.

He married his high school sweetheart Marie Ugenti in 2002 just before enlisting in the army.

He was the first professional football player to be killed in combat since Bob Kalsu, who died in 1970.

Pat Tillman Is A Member Of