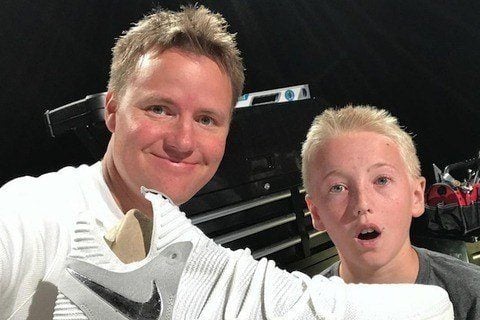 Streamy Award-nominated father and son run channel whose videos include cutting open random objects to explore the contents inside. The video "What's Inside a Rattlesnake Rattle? was viewed more than 75 million times in 2016-2017.

A side vlog channel called WHATS's INSIDE? FAMILY was created to publish more general vlogs. JoJo Siwa showed up in a vlog called "SLIMED by JOJO SIWA!?!" which was recorded at the Nickelodeon Booth at VidCon 2017.