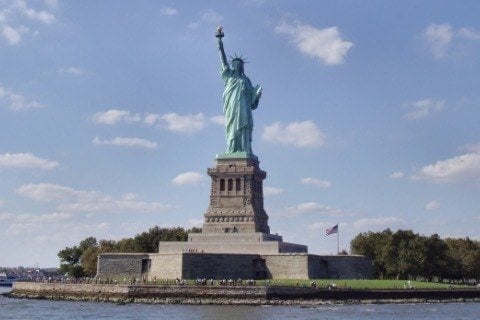 Iconic statue that was a gift from France to the U.S., symbolizing the key American value of liberty. It was designed by Frederic Auguste Bartholdi and sculpted in France, then shipped as a disassembled sculpture to the United States, where it was then reassembled.

The statue is featured on the covers of the films The Day After Tomorrow and Cloverfield and it also famously appears during the climax of the 1968 film Planet of the Apes.