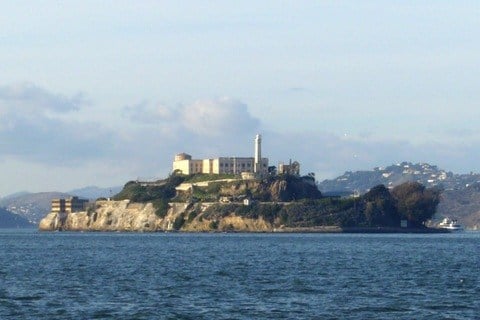 22-acre island in the San Fransisco Bay that served as a federal penitentiary from 1934 to 1963. In 1986, the facilities became a National Historic Landmark governed by the US National Park Service.

The prison was once home to notable criminals such as Al Capone and Mickey Cohen. During its operation, no prisoner had ever successfully escaped the island's confines.