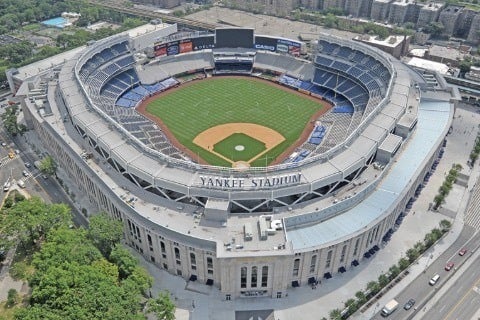 The home ballpark of the MLB's New York Yankees, it was built from 2006 to 2009 and is located a block away from the old Yankee Stadium, where the Yankees played from 1923 to 2008.

The stadium cost $2.3 billion to build, making it the most expensive stadium ever built. It hosted its first NHL game in January 2014 between the New York Rangers and New Jersey Devils.