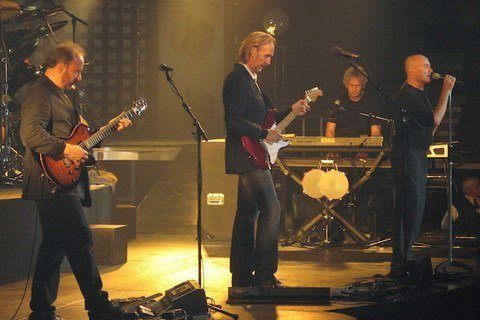 Phil Collins-led band known for such hit songs as "Turn It On Again," "Mama," and "Invisible Touch." "They were inducted into the Rock and Roll Hall of Fame in 2010.

The band was formed at Charterhouse School. The band's video for "Land of Confusion" won a Grammy Award for Best Concept Music Video in 1998.