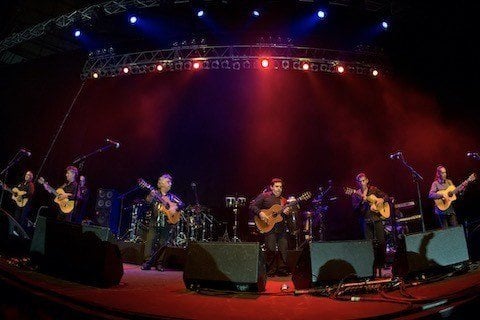 Andalusian Spanish language-performing group that brought Catalan rumba music to a worldwide audience. They were originally known by the name of Los Reyes, and they consisted of two parent families: Reyes and Baliardo.

They are a group comprised of flamenco, salsa and pop musicians. It was their self-titled third album which included the songs "Djobi Djoba," "Bamboléo" and "Un Amor" which put them on the map.