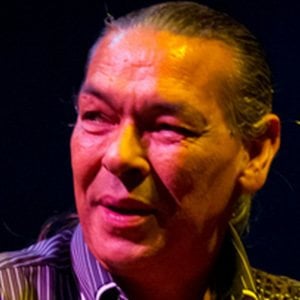 French gypsy guitarist who is one of the founding member of Gipsy Kings. After an extended sabbatical, he rejoined the group full time in 1990.

In 1974 he started the group Jose Reyes et Los Reyes with his father and brothers. After his father's death, their cousins the Baliardos joined the band, and the Gipsy Kings were born.

He released his first solo album, Bolero, in 1989.

His parents were Clementine Nésanson and flamenco vocalist Jose Reyes.

The Gipsy Kings have collaborated with Goran Bregovic numerous times.

Canut Reyes Is A Member Of