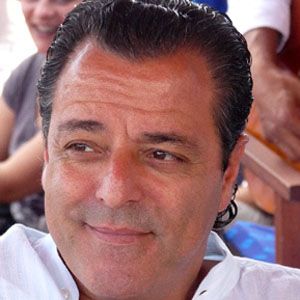 Co-founder of the pop rumba flamenca band The Gipsy Kings, the group that released popular singles like "Bamboleo."

He was born in Arles, the son of a Moroccan father and an Algerian mother.

He was selected as UNESCO's Special Envoy for Peace and has performed in Israel despite his brother's assassination by Mossad agents.

He grew up with his brother, Ahmed Bouchiki, in Arles.

He has performed in front of famous political figures, including President of Israel, Shimon Peres.

Chico Bouchikhi Is A Member Of