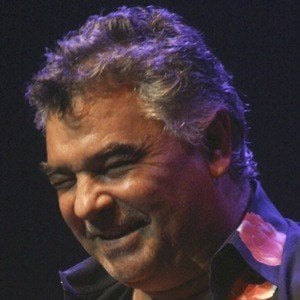 Singer and guitarist most famous for being the frontman for the long-running flamenco, salsa and pop group Gipsy Kings. His band has had great chart success dating back to the 80s with hits like "Djobi, Djoba," "Baila Me" and  "Bamboléo."

He was originally a member of his father's band, Jose Reyes and Los Reyes.

Also an actor, he has appeared in several films.

His brothers Pablo, Francois, Andre and Patchai have also been members of Gipsy Kings.

Nicolas Reyes Is A Member Of