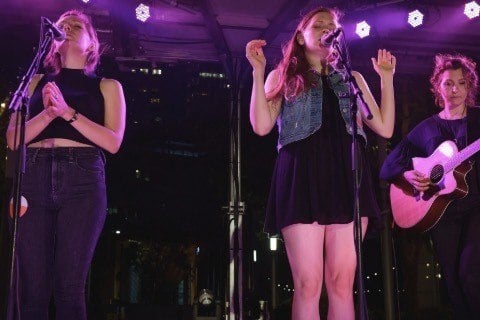 Three-piece group comprised of sisters that debuted in 2014 with a self-release called Native Dreamer Kin. Their follow-up I'm Alone, No You're Not was #1 on the Heatseekers chart.

Their 2016 and 2017 albums were released through ATO. They also released EPs called ATO Sessions and Sister Winter B/W Rest through ATO.