The Mamas and the Papas 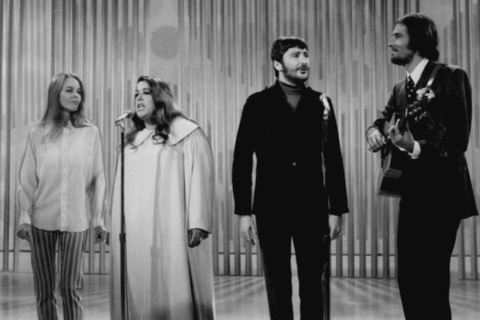 Los Angeles based folk rock vocal group that was active from 1965-1968. The group was instrumental in the counterculture scene of the 60's and released six singles that landed on Billboard's top 10.

In 2019, it was revealed that they were among the artists whose work was destroyed in the 2008 Universal fire. The band's music was featured in the trailer for Quentin Tarantino's Once Upon a Time in Hollywood.

The Mamas and the Papas Popularity

The Mamas and the Papas Fans Also Viewed