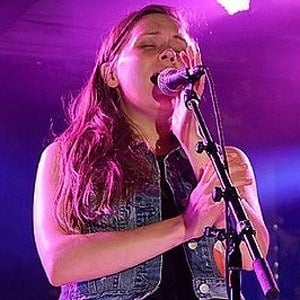 Folk singer who is widely known for comprising one-third of the indie folk band Joseph alongside her two sisters Meegan and Natalie. She co-released the group's sophomore album I'm Alone, No You're Not in August 2016, which peaked at #1 on Billboard's Heatseekers chart.

She was recruited by her older sister Natalie to help her along with a new project. She eventually helped form Joseph, and released their debut album in 2014.

Her sophomore album's first single "White Flag" was featured in NPR's Songs We Love following it's release. She saw it eventually reach #1 on the adult alternative songs chart in October 2016.

She and her sister Meegan are twins.

She appeared with her sisters on The Tonight Show with Jimmy Fallon to promote their I'm Alone, No You're Not album in June 2016.

Allison Closner Is A Member Of