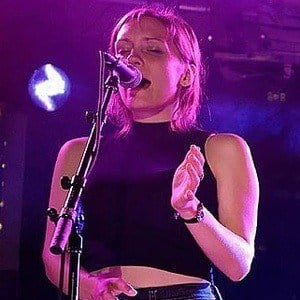 American folk singer who rose to fame as one third of the Portland, OR based trio Joseph. With the band she is recognized as a vocalist and wrote many of their songs from passages taken directly from her personal journal.

She had never picked up an instrument prior to forming Joseph in 2014.

With Joseph she signed to Dave Matthews' ATO Records in 2015.

She is the younger sister of fellow Joseph bandmate Natalie Closner Schepman and the twin sister of Allison Closner.

She made her television debut performing the single "White Flag" on The Tonight Show Starring Jimmy Fallon.

Meegan Closner Is A Member Of