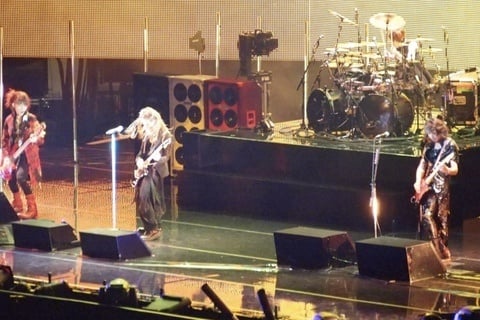 Rock band known for being the first Japanese outfit to headline at Madison Square Garden. They released the thirteenth full length studio album P'unk Is Not Dead in 2012. In 2021, they announced a tour as a part of their 30th anniversary.

In December of 2018, they hosted a holiday event called L'ArChristmas. The following year they began distributing their music on major platform's such as Apple Music and Spotfiy.

The band is composed of Hyde, Ken, Tetsuya, and Yukihiro.