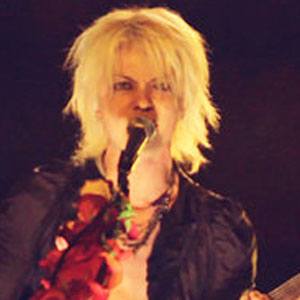 Vocalist, guitarist, and songwriter who became popular for his solo work and for being the frontman of L'Arc~en~Ciel and Vamps.

He was born Hideto Takarai and originally aspired to become a guitarist, but he instead became best known as a vocalist.

In addition to singing and playing the guitar, he can also play the keyboards, saxophone, and harmonica.

Being an avid admirer of Marilyn Manson and his music, he once did a cover of Manson's version of the Eurythmics' "Sweet Dreams."

Hyde Is A Member Of