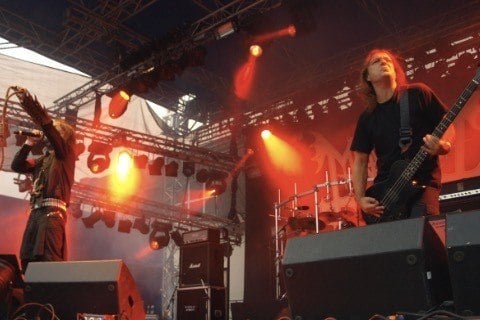 Black metal band that was a pioneer in the Norwegian black metal scene. They developed a following due to their notorious live performances and their ties to the string of Norwegian church burnings. Their album Ordo Ad Chao (2007) earned the  Spellemann Award for best heavy metal album.

They disbanded after the 1993 murder of guitarist Øystein Aarseth, but came back together in 1995. They were struck with a tragedy two years prior with the suicide of vocalist Per Yngve Ohlin.