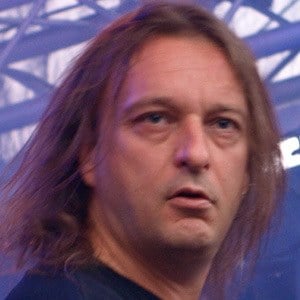 Norwegian musician who is known for his work as a bassist in the black metal band Mayhem. He is known for being an original member of the group and for having played in several other metal bands including L.E.G.O., Bloodthorn, and Checker Patrol.

He first joined the band Mayhem in 1984. He gained attention after the first EP Deathcrush was released in 1987. The groups debut album was later released in 1987 as De Mysteriis Dom Sathanas.

He was portrayed by Jonathan Barnwell in the 2018 film adaptation of the band Lords of Chaos.

Necrobutcher Is A Member Of