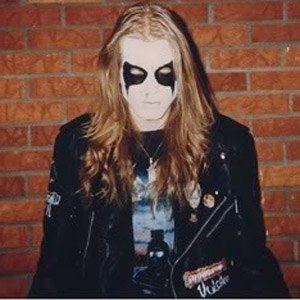 Best remembered as the frontman of the popular Norwegian-based metal band Mayhem, he also established a short-lived Swedish group called Morbid. He performed under the stage name of "Dead."

As a child, he was a victim of severe bullying; he nearly died when his spleen ruptured following an episode of physical violence.

As a tragic conclusion to a life marked by an obsession with death, he committed suicide at the age of twenty-two.

He and Mikael Akerfeldt were both well-known, Swedish-born death metal vocalists.

Per Ohlin Is A Member Of