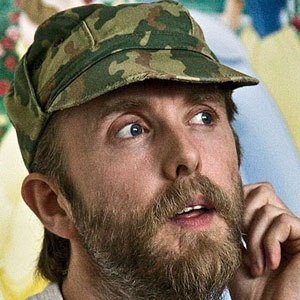 Norwegian black metal musician known for his solo project Burzum, as well as his previous work in the seminal black metal band Mayhem.

He learned guitar at fourteen and played with the death metal band Old Funeral from 1990-91.

He was sentenced to twenty-one years in prison in 1991 for the murder of Mayhem bandmate Oystein "Euronymous" Aarseth and the burning of several Norwegian churches.

He married Marie Cachet; they have a daughter named Rebecca.

He joined the band Mayhem a year after previous member, Per Ohlin, committed suicide in 1991.

Varg Vikernes Is A Member Of