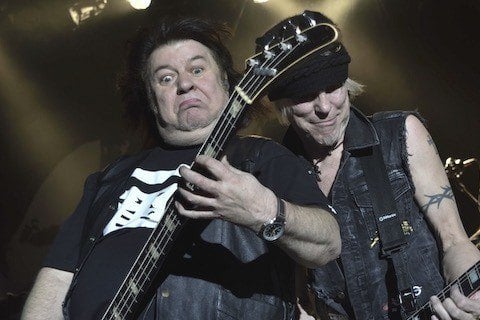 Hard rock and heavy metal group whose lone constant member was Rudolph Schenker. Their albums Magnetism (1980), Blackout (1982) and Love at First Sting (1984) were all commercial successes.

Their song "Wind of Change" became a symbolic anthem of the political changes in Eastern Europe and the fall of the Berlin Wall. They earned three World Music Awards and a presence in the permanent exhibition of the Rock and Roll Hall of Fame.