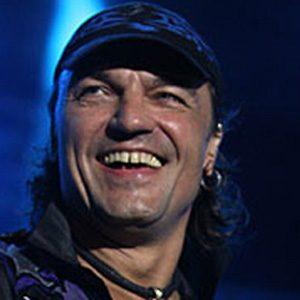 Lead guitar player for the heavy rock band Scorpions. He was also a performer with Deadlock and Fargo, among others.

The Scorpions' Francis Buchholz tutored Jabs in mathematics and remembered him when they were looking for a new guitarist.

He grew up in Hannover, Germany. He married Beate Küster in 2004 and he has a son named Nicolas.

James Kottak was the drummer and his bandmate in the Scorpions.

Matthias Jabs Is A Member Of