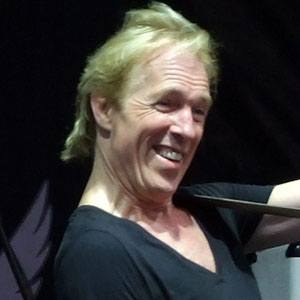 Known best for his work with the German hard rock group the Scorpions, this bassist contributed to twelve of the group's albums, including Fly to the Rainbow and Crazy World. He also performed with the Michael Schenker Group (MSG) and Dreamtide, among other bands.

During his high school years, he played in a number of local jazz, rock, and blues groups. Later, while studying engineering at the University of Hannover, he joined a band called Dawn Road.

He was born and raised in Hannover, Germany.

He and his Scorpions bandmate, drummer Herman Rarebell, both participated in the 2012 "Temple Of Rock - Lovedrive Reunion" music tour.

Francis Buchholz Is A Member Of