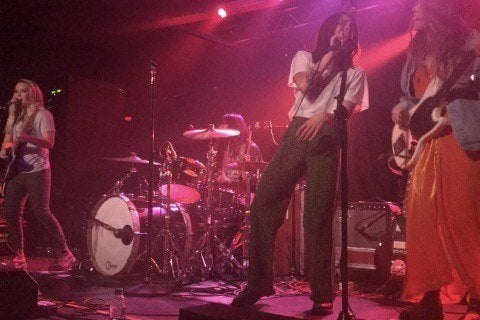 Pop-rock quartet with a debut album titled When My Heart Felt Volcanic which followed up an acclaimed EP called I Don't Like Being Honest. Their single "Stuck" was a top 40 hit on the Alternative Radiocharts, earning them a spot on Billboard's 2018 Artist To Watch list.

The group was started when sisters Cristal and Alisa were pre-teens. They got serious about the music after watching Lorde win two Grammys in 2014.